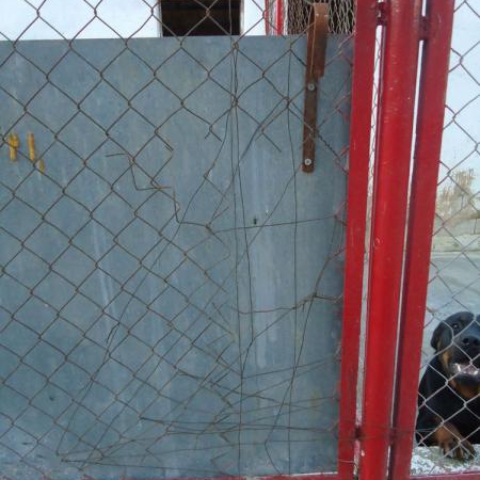 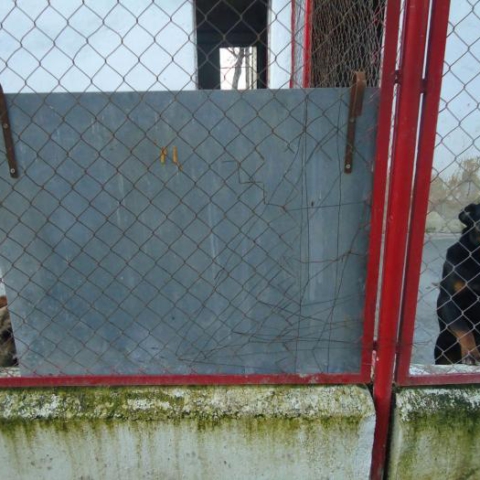 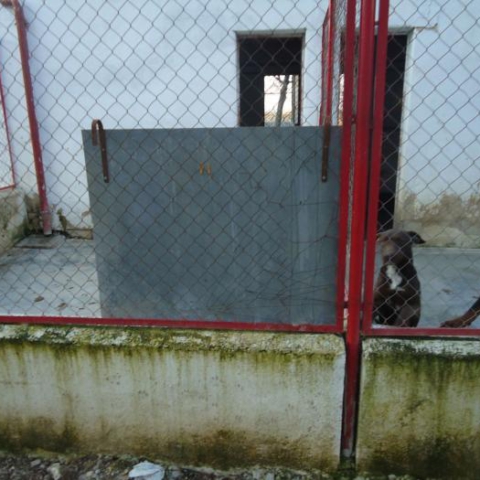 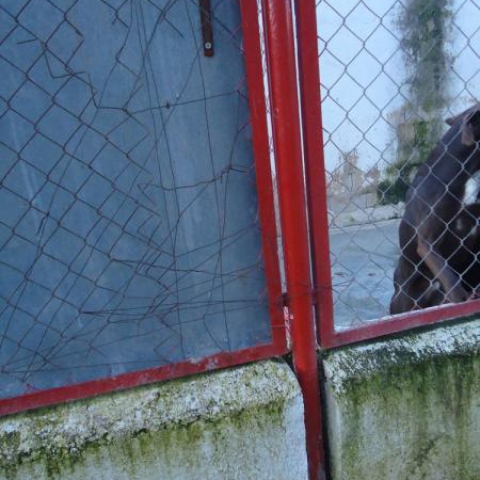 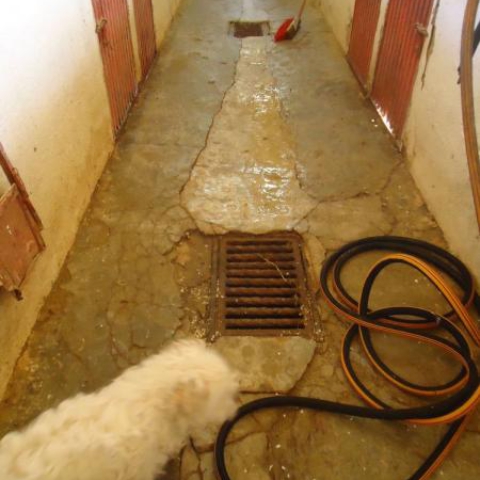 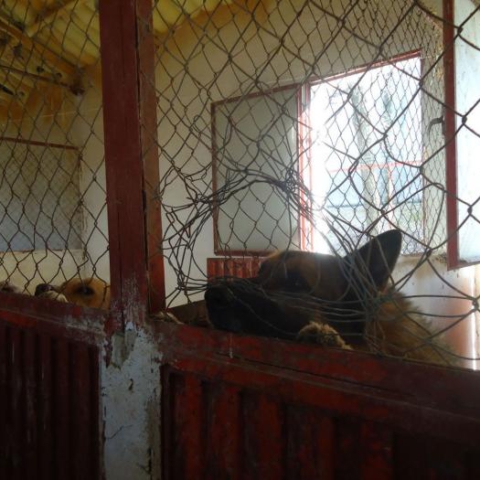 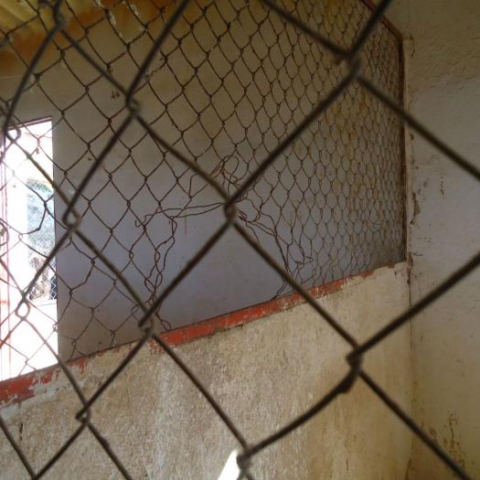 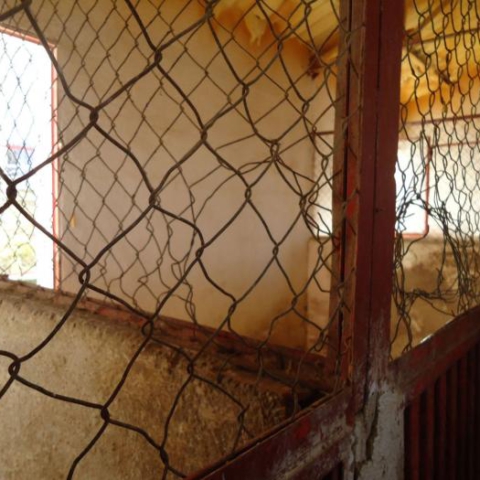 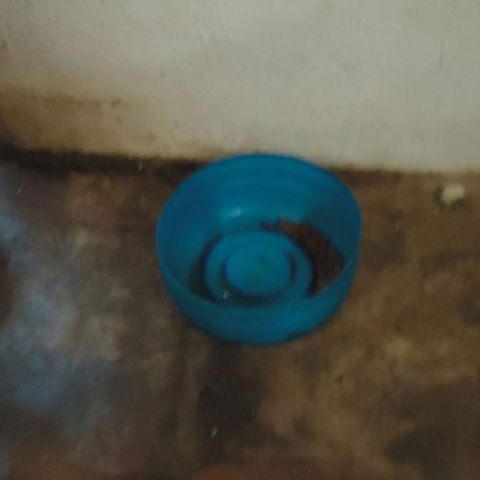 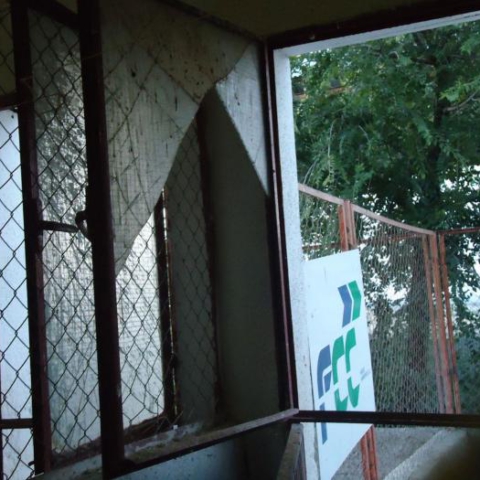 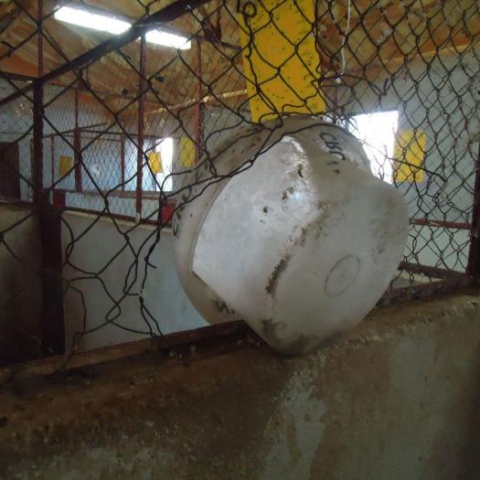 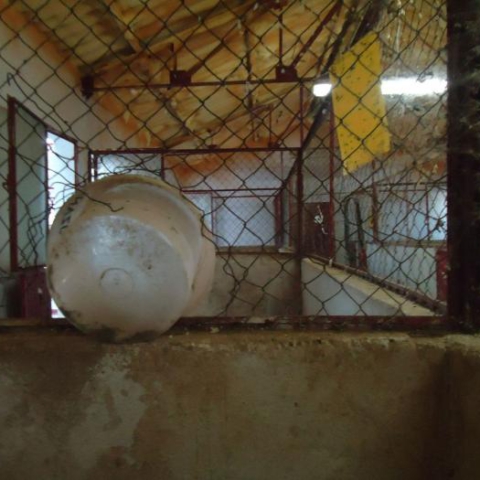 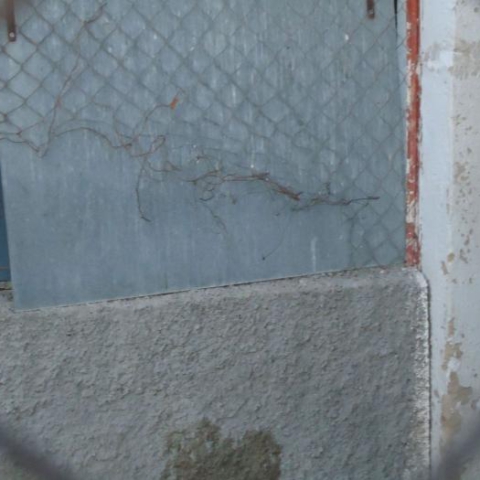 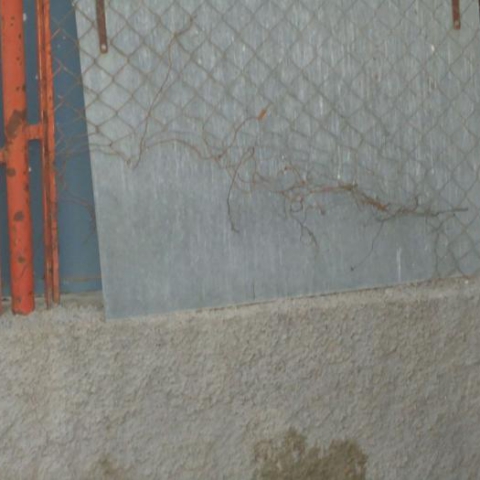 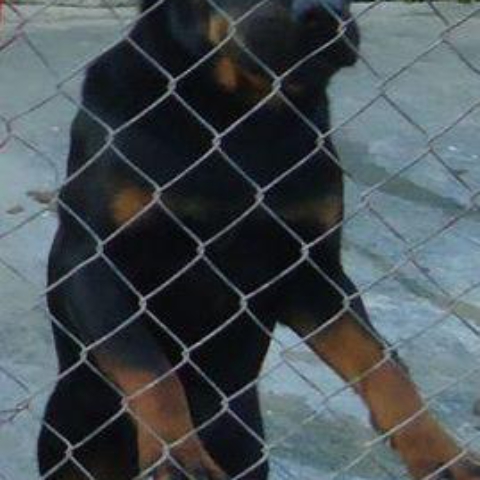 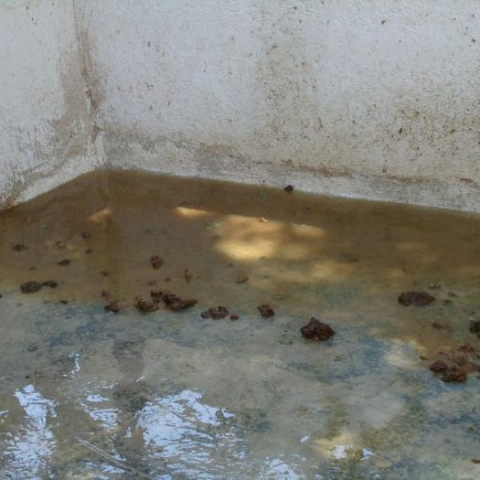 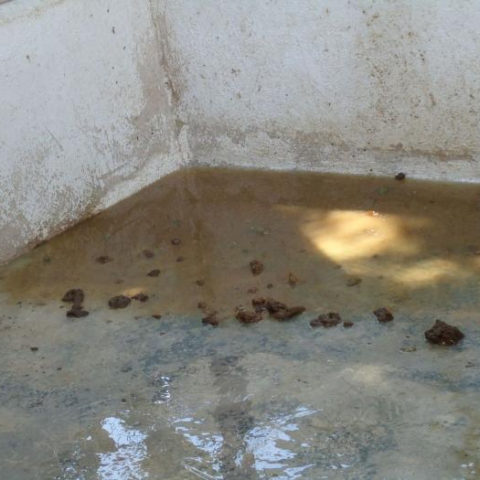 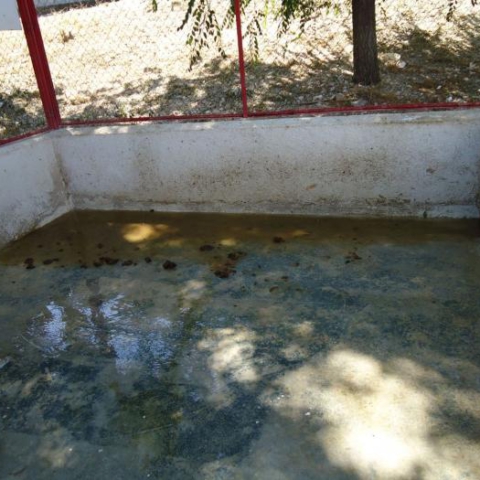 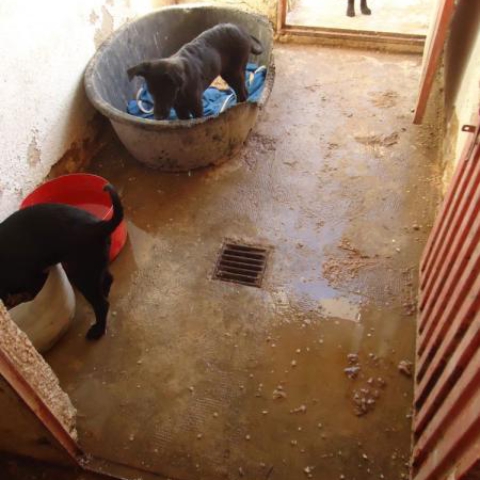 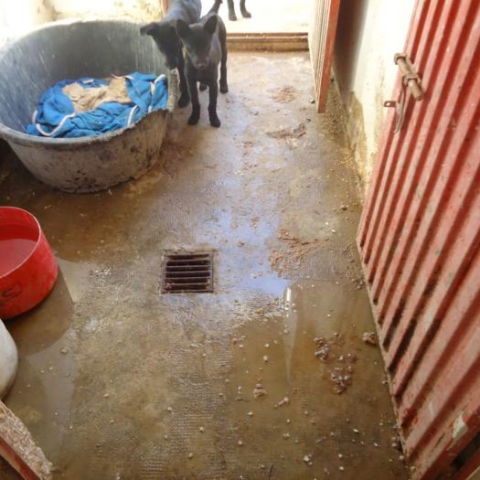 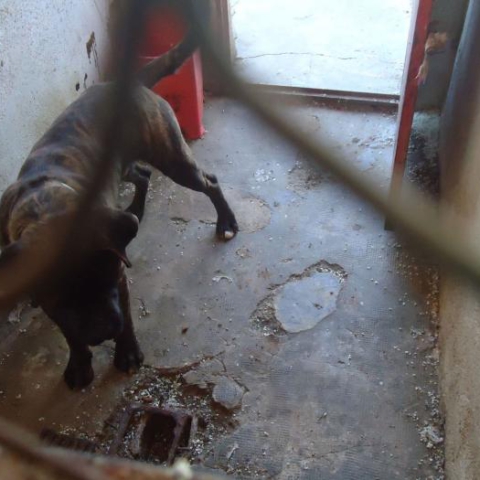 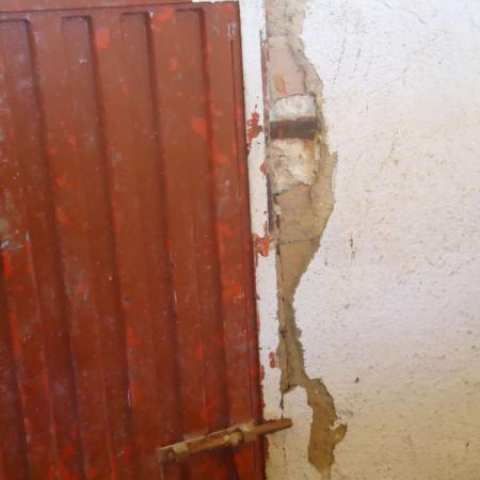 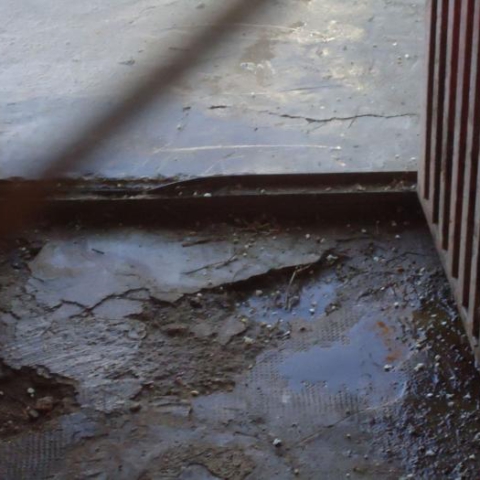 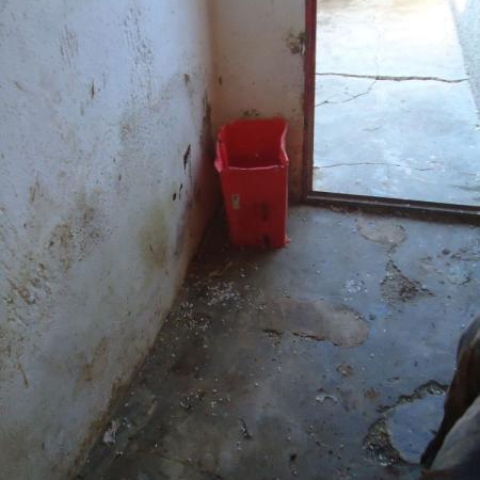 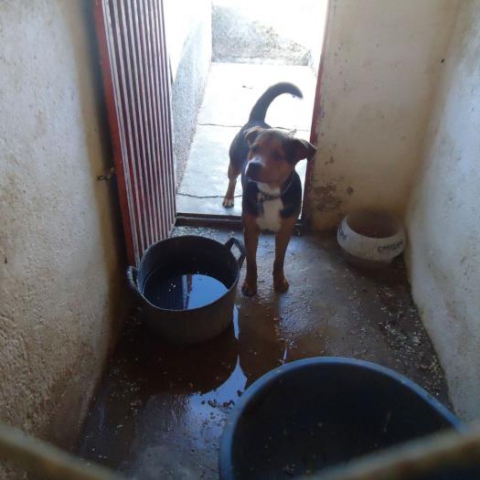 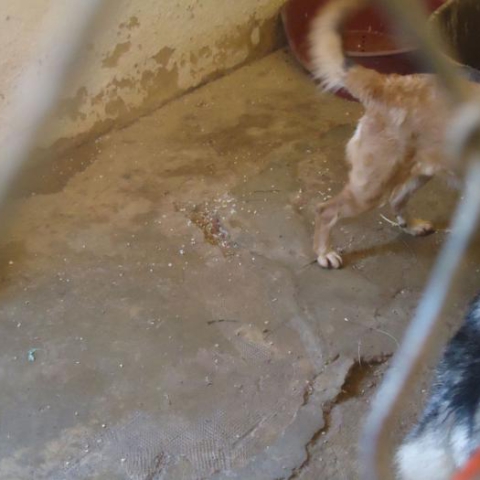 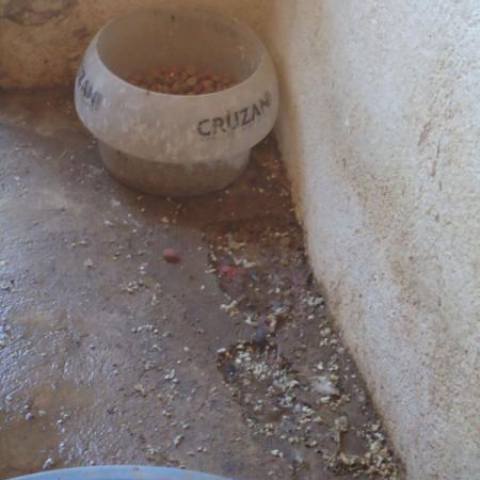 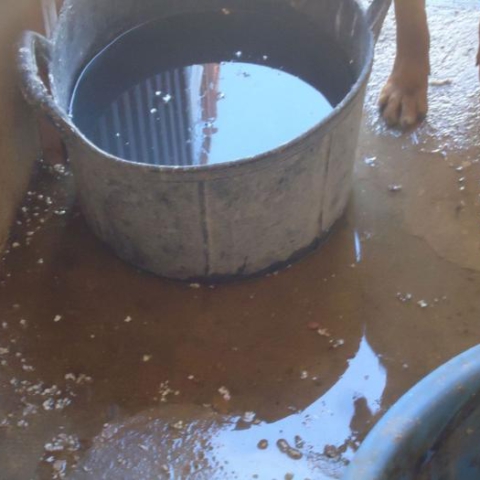 Mariana has asked me to translate her words into English for you:

Yesterday I visited the perrera (killing station) of Jan as we always do on Saturdays. I have made some nice pictures of the dogs while playing, running and having long walks with the volunteers.

We always try to take nice pictures of happy dogs so that you can find adoptions for them in Germany a little bit more easily. In that way the families can see how sweet and friendly they are.

Today I have decided to take different pictures of the dogs in order to explain the REALITY of what is happening in the perrera.

In these videos you will see that the poor dogs are really stressed before having walks with us on Saturdays. They need to have at least one walk everyday, but we have not enough people and time to do it.

Abyda is made of only a few volunteers that are not enough to take care of two shelters, the perrera, the residence and the animals that are being fostered. Honestly we have no time for all these things.

In these pictures you will see how sad is Larry because he does not understand why he is in that terrible place.

You will see three 3 months old puppies that are very happy because they do not really know where they are and that nobody want to adopt them. They don’t know that the strong smell that they perceive the smell of death and that if nobody help them they will die soon.

You will see that our big German Sheperd Tarzn approach to the fence to ask for help and a little bit of love desperately.

You will see the old husky Yako which has been a little bit more lucky than the rest of his partners and will travel to Germany next week.

You will see our volunteers that take long walks with the animals between the rubbish containers and the lorries that take out the rubbish from the streets. As you know the enterprise that cleans from rubbish the streets of Jan is the same one that ‚cleans‘ from dogs the streets of our city. So the dogs are given the same treatment of rubbish. Dogs and rubbish are exactly the same thing for these people. Then you can imagine that the smell of the perrera is a mixture of illnesses, rubbish and a lot of pain.

Unfortunately I could not take pictures of Nono today and I could not hug him and tell him that everything was going to be ok in a few days. I could not do it because Nono is dead now. Nono was a Boxer’s puppy which was stolen from the perrera a few days ago. Then he was used to train fighting dogs. They killed him. A lot of people saw it and nobody could help him. Even poor Nono died without trying to fight. He just laid down in the floor and waited till his soul was far away from us.

These days are being very very hard for us. We are under a lot of pressure because the Politician that is in charge of the perrera has been talking by the shit vet of the perrera. This vet has told to the Politician that there are some dogs that are living in the perrera since more than one year ago and that this goes against the laws of the perrera (killing station). So his intention now is to kill all the dogs that are in this situation. In the following days we will have another meeting with that Politician. And we are meeting all the possible information about the animals that have being saved from the perrera this year. In that sense, it would be great if the families that have adopted a dog from the perrera of Jan could send some pictures of the animals in their new environment and also a short letter saying why they are against of the sacrifice of dogs in the Spanish perreras.

Now Tarzn and Drako are in danger. They will be the next victims of that shit vet if we don’t find a place for them as soon as possible.

They are big and strong dogs. Sometimes they bark to other males. And in order to avoid possible fightings we have asked to the responsible of the perrera of Jan to keep them isolated from the other dogs. This has made that we think that they are not ok with other males. But are they really like we think they are? We have never tried it because we were afraid that something might happen. Could we be talking just of stressed dogs which are living under the roof of a terrible place?

We have decided to take them to the residence after next 11th January when your transport has already arrived to Germany. Now we are going to look for foster people that want to donate a little bit of money in order to pay their residence. So we will collect money to pay their residence and have a little bit more of time to find a family for them. In the residence, dogs have walks two times per day and they are loved and have lot of cares. We will have first hand information about their characters and will be able to inform if they still behave in the same way when they are not in the perrera. We will also castrate them. We hope that they will be more calmed in that way. However, you have to keep in mind that they are great with people.

Summarizing we are going to do all that is in our hands to avoid the sacrifice of Drako and Tarzn. We know that many Spanish people and organization will criticize Abyda for spending money on dogs which are ‚difficult‘. We count on it and we assume our decission. But everybody must know that although Tarzn and Drako live in the perrera they are OUR dogs and we will fight for them till the last day.

In the perrera the animals are so stressed now that they are killing each other. Our little Pomeranian Yago died only a few days after his arrival to the perrera. We didn’t even have time to look for a family for him. This happen everyday. Everyday we find biten dogs or dead dogs in the perrera.

After leaving yesterday the perrera I crossed my fingers and I hoped that on Monday we can find all of them again. I will not resist another unfair and cruel murder like the one of poor Nono.

Here you are some videos:
Tarzn: 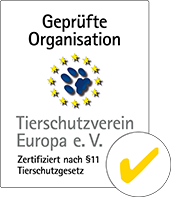